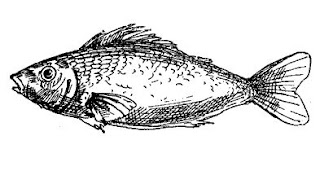 I came across these quotes the other day and really liked them. It's Ernest Hemingway on symbolism in The Old Man and the Sea:


"There isn't any symbolism. The sea is the sea. The old man is an old man. The boy is a boy and the fish is a fish. The shark are all sharks no better and no worse. All the symbolism that people say is sh*t. What goes beyond is what you see beyond when you know."


"No good book has ever been written that has in it symbols arrived at beforehand and stuck in. ... I tried to make a real old man, a real boy, a real sea and a real fish and real sharks. But if I made them good and true enough they would mean many things."

The lesson for you, and me? Don't get caught up trying to cram symbolism into your novel and don't think you can't write a great novel because you aren't able to cram it with symbolism.

Here's Little Willie on that: