Ten Things the 'Gift of Writing' Will Never Do

It could be others have noticed you have a gift, a natural talent, for writing. You may know that's true. (What a pleasant thought!) What you may not know, realize, or care to admit is that your gift, your natural talent, will never:


The truth is every human has multiple gifts. It's just that some of those gifts are more visible to the public.(The ones having to do with the arts, entertainment, or sports, for example.) Just as there are unsung heroes, there are a lot of unsung virtuosos in parenting, teaching, plumbing, counseling, health care, car repair, family caregiving, and on and on. Thank God for their skills and the time and effort they put into developing and using their amazing -- and much-needed -- gifts.
Posted by Bill at 10:10 AM No comments: 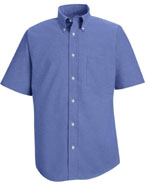 ﻿
No one has ever looked at how I'm dressed and said, "Ooh, Bill, I like your style!" (I write this wearing blue jeans; a short-sleeved, button-down dress shirt (with a pocket for pen and scratch paper); and a zip-up sweatshirt purchased in 1989. (Time flies.) The sweatshirt may be back in fashion. Or it was back but it's gone once more.)

Folks do say "I like your writing style." (God bless them. Such discriminating taste.) I wrote about tone and voice -- about style -- in How to Write Your Novel in Nine Weeks (Week Two, Day 5):


One big reason there’s an annual Hemingway write-alike contest is that Hemingway wrote like Hemingway. He didn’t start out that way. If he submitted some of his very early attempts as contest entries, the judges would say, “Not even close! Well, okay, a little close but not close enough.”
Hemingway became Hemingway by writing. Ditto with Chaucer, Emily Bronte, Dr. Seuss and every other writer who has a “voice.” Whose writing has a certain “tone.” Yours may already have that. And it may not. The only way I know to develop that voice and tone is to write, write, write. You can read a lot of writers, you can read a lot of books about writing, but . . . . there’s no substitute.
Over time, your own style will emerge. Choices of words. Sentence structure. Punctuation. Yes, all within the rules—more or less—but with your particular spin. (In other areas, it’s what makes “your” golf swing your golf swing or “your” home-baked chocolate chip cookies “your” home-baked chocolate chip cookies.)
The good news in today’s message is you don’t have to do anything to develop your voice (or strengthen your voice) except write and that’s what you’re already doing. Yes, writing is always hard but, I suspect, by the time you finish the novel that your writing now, it will be a little easier because it will be easier for you to use your voice to say what you want to say in the way that you want to say it.
Easier more often. Not always. Never always.
In the first twenty years of my full-time freelancing, I had about two dozen books published. Some fiction, some non-fiction. Some for kids, some for adults. Some serious, some humorous. Some prose, some poetry. And the occasional play. (Apparently, I have trouble focusing, eh?) By then my voice was my voice. In a serious book, there likely was some humor. In a humor book, there were a few serious points.
This may sound like bragging and that’s not my goal here. (I take great pride in my humility.) I like my writing voice but it wouldn’t have happened without those very early books. The ones I did long before I had anything published. (Not to discourage you, but I wrote ten books before I had one published. You probably won’t need that many. I know that if I had quit after number nine, I wouldn’t have published any. And to encourage you: One of those first ten was later published and sold well.)
Consciously (“Ooh, I like the way that sentence sounds.”) and subconsciously (“I wrote that? Huh. That’s good.”), you’re developing your voice and like that golf swing or those cookies, it’s a lovely thing to have.

Just keep writing.
Posted by Bill at 12:06 PM No comments:

Email ThisBlogThis!Share to TwitterShare to FacebookShare to Pinterest
Labels: fashion, How to Write Your Novel in Nine Weeks, style, tone, voice 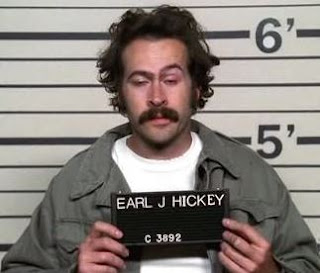 It was a tough morning. I had to go get a head shot (mug shot) taken for the national column I write. Several months ago an editor there had told me they were updating all the columnists' photos but I kept putting it off. He recently sent me a reminder.

First, I'm not a fan of having my photo taken in a studio. ("Lean this way, look that way, put your chin up, sit up straighter, big smile, come on, big one!")

And, second and much harder, I would be alone in this picture. For more than 20 years it was my wife, Monica, and I who were the coauthors. She died of uterine cancer in January. The photo that had featured both of us was being replaced.

As a widower, I know more about dying, death and grieving than I ever wanted to know.

As a novelist, I know that knowledge may very well help me better develop a character facing those powerful experiences.

In a similar way, your good times and your hard times can help make you a better novelist. They can enable you to add a tone or voice that rings true because, on such a personal level, you know that truth.