The numbers are in on the five-day give-away for two of my Kindle books. More than 2,000 copies of My Great-grandfather Turns 12 Today and more than a thousand of How to Write Your Novel in Nine Weeks.

Thank you so much David Masters for the great review of Nine Week Novel and "Irish Bill" for what you said about Great-grandfather. Thanks, too, to Janis Brunson Hogg for your comments on my Facebook page.

It's always lovely to hear encouraging words.
Posted by Bill at 10:36 AM No comments:

Email ThisBlogThis!Share to TwitterShare to FacebookShare to Pinterest
Labels: Facebook, How to Write Your Novel in Nine Weeks, Kindle, My Great-grandfather Turns 12 Today

The Myth of the Muses

Let’s get a little theological today. In the past, if you’ve been waiting for the Muses—in Greek mythology the goddesses that inspire creativity—you’ve been doomed to failure.

Yes, there well may be a spark within you that says “Write!” but . . . the Lord helps those who help themselves.

I got serious about all this in 1972 when I transferred to the University of Washington and began my junior year with classes in novel writing and short story writing. Many books, articles, columns, poems and plays later, I can tell you the Muses have yet to show up when I’m working. And, I can tell you, that writing spark is still there.

If you've been giving How to Write Your Novel in Nine Weeks a try, what you’ve been doing is becoming a better writer by writing. Over time, it will be easier for you to say what you want to say in the way you want to say it. I could tell you writing will become easier but it would probably be more honest to say writing won’t be as hard.

It’s seldom if ever easy. It can, if you work at it, get less hard.

Part of the myth of the Muses is the misguided belief, the sad hope, that at some moment, in a frenzy, you’ll easily dash off of a complete novel. Yes, O Father was written in a three-day frenzy but it wasn’t easily dashed off. It was a lot of work concentrated into a lot of hours over only a few days.

There’s a flip side to this. If you wrote your novel in a Muse-induced state, if a goddess merely channeled herself through you, it wouldn’t really be your novel, would it? But, nine weeks from today, it could be your novel. Your completed novel.

Email ThisBlogThis!Share to TwitterShare to FacebookShare to Pinterest
Labels: How to Write Your Novel in Nine Weeks, muses, O Father

If you hit a rough patch immediately start a new writing project.

Make your motto: Writing is always fun!
Posted by Bill at 9:45 AM No comments:

Email ThisBlogThis!Share to TwitterShare to FacebookShare to Pinterest
Labels: bad tips for writers 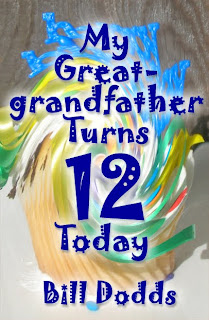 My Great-grandfather Turns 12 Today and How to Write Your Novel in Nine Weeks are free through Tuesday, April 24.
Posted by Bill at 10:37 AM No comments:

Email ThisBlogThis!Share to TwitterShare to FacebookShare to Pinterest
Labels: How to Write Your Novel in Nine Weeks, My Great-grandfather Turns 12 Today

Quotes from Authors on Writing

This has been around a while but it offers a good variety of perspectives. Needless to say, I most like the authors who agree with my point of view. (Or is it the ones with whom I agree?) The advice to write, write, write!

Quotes From Authors on Writing

View more PowerPoint from Pam Krambeck
Thank you, Pam. (Who lives in Omaha, where I used to live. I was on North 42nd St., just down the hill from St. Cecilia's Cathedral, which I used in my novel Pope Bob.)

Just keep writing!
Posted by Bill at 8:32 AM No comments:

If you get more than two or three rejection slips, quit writing.

Email ThisBlogThis!Share to TwitterShare to FacebookShare to Pinterest
Labels: bad tips for writers

Seven Lessons Dorothy from Kansas Can Teach a Novelist 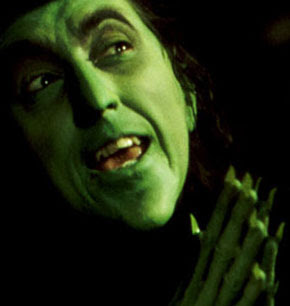 1. One way or another, you’re a character (if not the main one).

2. A good story needs a villain.

3. A good plot needs some form of good vs. evil

5. It’s okay to create characters based on people you know but make them different enough so there’s no danger of a lawsuit. (“I’m just a tall, skinny farmhand, Your Honor, and for most of the story she calls me stupid.”)

6. Let the reader see behind the curtain.